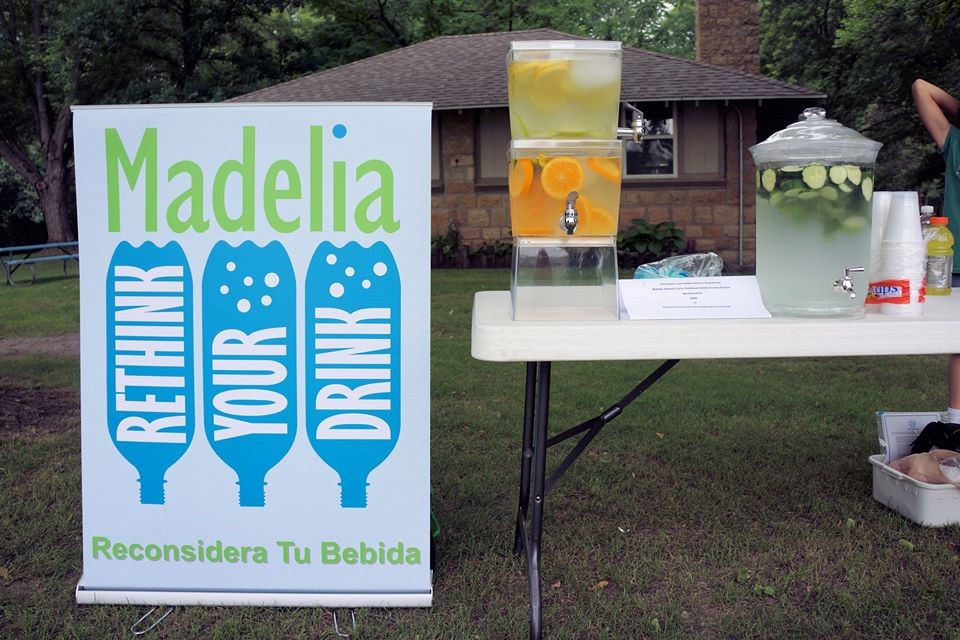 The Madelia Community Based Collaborative (MCBC) is a community initiative that was supported by the Glen Taylor Nursing Institute for Family and Society in 2012 with faculty and community interactions with Taylor Visiting Scholars. Initial faculty community research projects and educational projects were partially funded by the Institute. An entire community based collaboration has now developed. Partners in MCBC now include the following: the Madelia Community Hospital, the Madelia Chamber of Commerce, Watonwan County Health and Human Services, Tony Downs Foods, the Madelia Schools, nursing home and religious communities and Minnesota State University Mankato faculty and students.
A current focus of MCBC has been the Madelia Rethink Your Drink initiative. This initiative has goals and objectives that align with the health of communities and society.

Goal of MCBC Initiative:
To improve the health of the citizens of Madelia by working to increase access to healthy beverages and educate citizens about the health effects of consuming sugar sweetened beverages.
Communications Objective(s):

Collaboration: Madelia, ReThink Your Drink MCBC project has been funded for $15,000 from a State Health Improvement Grant (SHIP) grant. The liaison for State Health Improvement Grant is Lia Lambert graduate of the Health Science: Community Health Education program at Minnesota State University, Mankato. MCBC has accepted applications from 5 partners who are implementing initiatives to decrease sugary beverage intake. These partners include: Tony Downs Foods, Madelia Hospital, Luther Memorial Home, Madelia Public Schools, and Administration from Department of Human Services (DHS) in St. Paul. Plans are underway with Department of Human Services to capture photos and videos from aspects of the project to feature in a promotional video about how these programs can change communities (Appendix B).