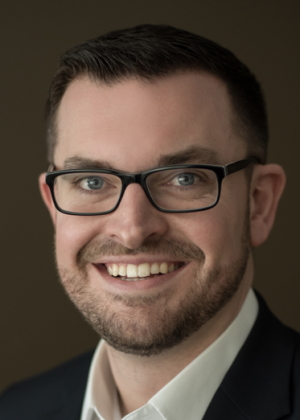 Brett K. Anderson is SVP and Chief Ecosystem and Operations Officer at Ecumen and leads Ecumen’s integrated clinical, innovation and operations areas, driving holistic leading-edge solutions for health and societal challenges in our communities. Brett joined Ecumen in 2014 as a Clinical Director and was most recently VP of Health and Clinical Services.

Before joining Ecumen, Brett owned and operated CareLogix Nursing Solutions. He also served as an Adjunct Instructor at Minnesota State University in Mankato and as an Instructor at Saint Paul College. Brett was appointed by Governor Mark Dayton to serve on the Board of Trustees for the Minnesota State College & Universities System from 2011-2013.

Dr. Nathan T. Chomilo is the Medical Director for the State of Minnesota’s Medicaid & MinnesotaCare programs and practices as a General Pediatrician/Hospital Internist with Park Nicollet. He is currently also serving as the State of Minnesota’s COVID-19 vaccine equity director. He is an Adjunct Assistant Professor of Pediatrics at the University of Minnesota Medical School and is a co-founder of the organization Minnesota Doctors for Health Equity. His work has been recognized by the City of Minneapolis Department of Civil Rights which recognized him as a 2019 History Maker at Home recipient and Minnesota Physician which named him a one of the 100 most influential health care leaders in 2020. He lives in Minneapolis with his wife & son.

Gordon's government experience includes having served in various positions during the first Clinton Administration at the US Department of Housing and Urban Development, including as General Deputy Assistant Secretary for Community Planning and Development. Gordon also worked in several positions as part of the Executive Chamber staff of Governor Mario M. Cuomo of New York, including as Assistant to the Secretary to the Governor. After law school, Gordon practiced as an attorney at Hughes Hubbard & Reed in New York City.

Gordon is very involved in mentoring, having partnered to establish OG Mentoring, a mentoring program for youth aging out of foster care. He currently serves on the Board of the Minnesota Opera and the Board of Foster Advocates. 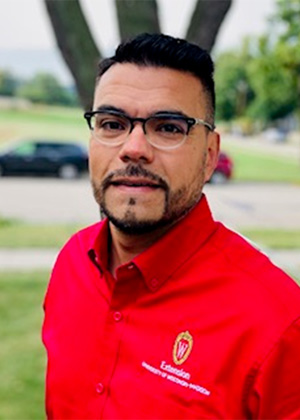 Dominic (he, his) is the Interim Director of the Office of Access, Inclusion, and Compliance (OAIC) at the University of Wisconsin-Madison, Division of Extension. He is also a PhD candidate in Department of Educational Leadership & Policy Analysis (UW-Madison), and a recipient of the School of Education’s Michael W. Apple Fellowship. His professional identity as a scholar-administrator is grounded in Critical Race Theory and its connections to organizational behaviors of Predominantly White Institutions (PWIs). Ledesma’s research interests include language access policies and practices, language rights, applied civil rights law, English language ideologies, and the linguistic and cultural diversity that exists within the Upper Midwestern United States. His dissertation focuses on the strategic and systemic management of multilingual communication and the socio-cultural factors that contribute to language-based forms of institutional power and privilege. Ledesma earned a B.A. from UW-Madison and a master’s in translation and interpretation from the Universidad Autónoma de Guadalajara (Mexico).

Ron Manderscheid, Ph.D., serves as the President/CEO of the National Association of County Behavioral Health and Developmental Disability Directors. The Association represents county and local authorities in Washington, D.C., and provides a national program of technical assistance and support.  Concurrently, he is Executive Director of the National Association for Rural Mental Health, Adjunct Professor at the Department of Mental Health, Bloomberg School of Public Health, Johns Hopkins University, and Adjunct Professor, Suzanne Dworak-Peck School of Social Work, University of Southern California. Dr. Manderscheid serves on the boards of the American Academy of Social Work and Social Welfare, the Danya Institute, the Council on Quality and Leadership, the NASMHPD Research Institute, and the National Register of Health Service Psychologists. He also serves as the Co-Chair of the Coalition for Whole Health. Previously, he served as the Director of Mental Health and Substance Use Programs at the Global Health Sector of SRA International and in several federal mental health leadership roles at the U.S. Department of Health and Human Services. Throughout his career, he has emphasized and promoted peer and family concerns.

He has co-edited a text, Outcome Measurement in the Human Services: Cross-Cutting Issues and Methods in the Era of Health Reform, and contributed to a new text, Public Mental Health, Second Edition. Previously, he served as principal editor for eight editions of Mental Health, United States. He also has authored numerous scientific and professional publications on services to persons with mental illness and substance use conditions. He serves on several editorial boards and prepares a periodic blog for Behavioral Healthcare Executive. 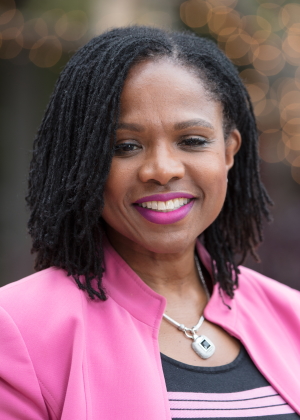 Sondra Samuels is the President & CEO of the Northside Achievement Zone (NAZ), a collaborative of over 30 partner nonprofits and schools. Along with parents, students, partners, and staff, Sondra is leading a revolutionary culture shift in North Minneapolis focused on ending multigenerational poverty through education and family stability. The NAZ Collaborative is working toward a single goal—to prepare low-income North Minneapolis children to graduate from high school college- and career-ready. NAZ has scaled up in support of over 1,000 parents and 2,300 students as they turn the social service model on its head and lead the creation of a collegebound culture throughout the community.

Ms. Samuels has been a resident of North Minneapolis for over two decades and is a national leader committed to results-based leadership and accountability. She, her staff, and their partners work tirelessly to ensure the integration of effective cradle-tocareer solutions across the NAZ collaborative — to scale and sustain results across the community and to achieve the systems and policy changes needed for low-income families and children of color to truly share in the prosperity of the Twin Cities Region. Under her leadership, NAZ was named a federal Promise Neighborhood and has become a nationally recognized model for community and systems change.

Sondra serves on the Leadership team of Generation Next, Community Advisory Board of the Minneapolis Federal Reserve Bank's Opportunity and Inclusive Growth Institute, as well as the boards of Center for the Study of Social Policy and Health Partners. She received her Bachelor's degree from Morgan State University in Baltimore, MD, and an MBA from Clark-Atlanta University in Atlanta, GA. 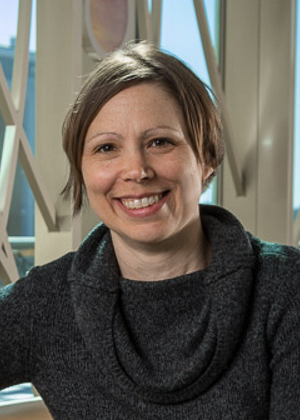 Stephanie Severs is a Health Insurance Literacy Communications Manager at Covering Wisconsin. Stephanie leads programs that create materials to help consumers better understand and use their health insurance. She writes plain language curriculum and materials that are accessible to consumers at all literacy levels, and provides trainings to organizations in how to use these materials and health insurance literacy strategies. Stephanie has extensive experience in teaching and curriculum development, including materials to be used with non-native English speakers. She has taught at state universities, and at a refugee resettlement organization. Stephanie holds a master’s degree in Spanish Linguistics and a bachelor's degree in English. 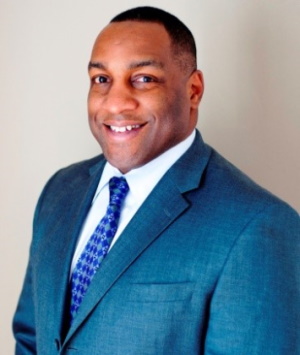 Now entering his 24th year with Bolder Options, Darrell Thompson is well known in Minnesota's youth development circles. Originally funded by the Minneapolis Jaycees, Bolder Options is a comprehensive youth mentoring program that works with referred youth, age 10-14 that may be at-risk to delinquent or unhealthy behaviors. Youth are matched with a caring adult mentor and introduced to an active-lifestyle based program that provides guidance, support, and opportunities through one-on-one, small group, and family specific programming designed to help them make positive choices and live a healthier life.  As the organization's first full-time employee, Thompson was hired as program manager in 1994. After 5 years of success, Bolder Options became a separate 501 (c) 3 and Thompson was named Executive Director. He has grown the program to over 4500 kids annually in the Twin Cities Metro program, recently expanded to his hometown Rochester, MN and leads 13 full-time employees and more than 25 volunteer Advisory Committee members in the Bolder Options mission: Teaching youth to succeed in ALL of life's races.

Bolder Options is a leader in mentoring programs, basing their program components on best-practices and leading-edge youth development research. Bolder Options boasts a success rate 22% higher than the national average of mentoring programs. Thompson sits on the board for the Mentoring Partnership of Minnesota, the National CARES Minnesota Committee, was named to CASA, the National Advisory Commission on Substance Abuse among High School Students, by Congressman Jim Ramstad and was awarded the 2016 "Athletes in Excellence Award" from The Foundation for Global Sports Development which recognizes exceptional athletes who uphold the values of good sportsmanship and fair play both on and off the field.

Thompson is often remembered as one of the most decorated athletes to graduate from John Marshall High School in Rochester, MN, the leading rusher in University of Minnesota Gopher Football History and the first round draft pick of the Green Bay Packers where he spent 5 years before devoting his life to at-risk youth in Minnesota.

Thompson lives in Plymouth, MN with his wife Steph and they have four children. In his off time you might find Thompson enjoying Bikram yoga, fishing, or a round of golf. You can also hear Thompson throughout the college football season as one of Learfield Sports Gopher Game Day announcers broadcasting on 100.3FM KFAN.

Matthew Wohlman leads state government affairs for Land O'Lakes Inc., a farmer owned cooperative that does business in all 50 states. Matt has 20 years of experience working on state and federal policy.

Prior to joining Land O'Lakes, Wohlman served for the 7 ½ years within the executive leadership team at the Minnesota Department of Agriculture as Assistant Commissioner of Agriculture and was later promoted to Deputy Commissioner of Agriculture. From 2006 – 2011, Wohlman worked for U.S. Congressman Tim Walz as his Agriculture Director and was later promoted to Outreach Director. From 2003 – 2006, Wohlman worked for State Senator Yvonne Prettner Solon as a Legislative Assistant in the Minnesota Senate. From 2001 – 2003, Matt worked in U.S. Senator Mark Dayton's office assisting the office on agriculture and farm issues.

Since 2003, Wohlman has also been the 5th generation owner and operator of his family's farming operation in southwestern Minnesota where he grows corn and soybeans.

Wohlman has established a strong network of relationships among state and federal government leaders across the country and has worked collaboratively with them on key issues such as farm and rural policy, economic development, international trade, sustainability, and water quality.